Thermic Film with LDPE base, Diffused and White (H), manufactured using multilayer co-extrusion systems in different thickness.
These films are being designed for strawberries and raspberries tunnels especially in places such as the South Western Spain.

The external layers have a superior package of U.V. additives to give the film a minimum duration of two seasons (the removal of the film has to be made between June – October and has to be stored in a dark and dry place and not exposed to solar radiation).
These layers are first in receiving the solar radiation and the chemical attacks.
The central layer has special package of thermo regulating additives to avoid a sharp loss of temperature at night. There is an important heating of the greenhouse during the day, and at night there is a cooling effect by thermal infrared radiation (7-14 microns) to the external side of the greenhouse.

PLASTERMIC PLUS for Strawberries and Raspberries has the ability to stop this heat loss by reducing falling internal temperatures.
This layer, together with the diffusion additive of the external layers, gives the film diffusion for a good distribution of visible light inside the tunnel.

PLASTERMIC PLUS for Strawberries and Raspberries removes shadows inside the greenhouse and consequent possible burns to the plants.
Disinfectants, pesticides and insecticides must not splash or contaminate the cover of the greenhouse, as it can affect the film duration. 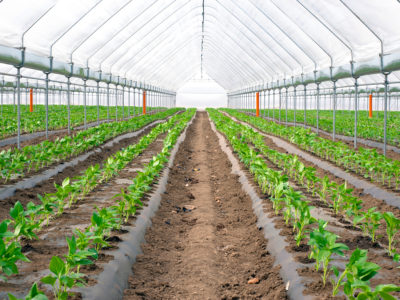 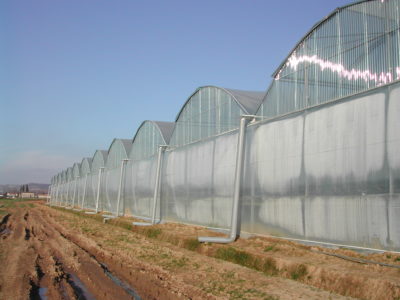 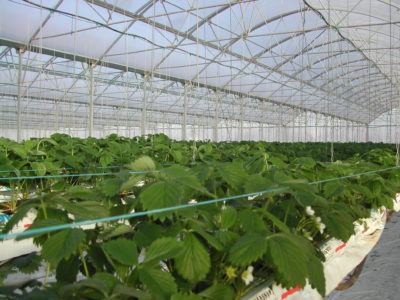 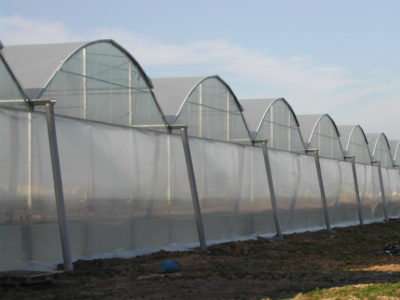